The world is getting smaller & drivers holding international or foreign licences are becoming more common.

Australian motor fleet insurance policies are generally very forgiving to insureds and whilst it is unlikey that a client will breach their policy conditions having drivers on international licenses , other risks to employers (WHS laws & penalties, financial costs of insured or uninsured losses) remain.

Employing drivers with foreign licences doesn’t necessarily come with the comparatively robust background of Australian licencing regimes. Fleet owners should be encouraged use some of the protections that the processes of obtaining & keeping an Australian Licence offers.

The fact that someone has an Australian License doesn’t necessarily mean they are a good candidate for a job which entails being in control of a vehicle, but if they cannot obtain an Australian licence then they certainly aren’t suitable.

Drivers who shouldn’t be on the road due to poor driving records may present an unknown risk to employers, as they can incur excessive penalty points without being disqualified!

Disclosure of underlying medical condtions, eye tests, understanding of road rules , even basic handling of a vehicle are fundamental to obtaining an Australian License. It’s not a criminal offence for a prospective employee to embellish a job application – but it is to lie on licence applications.

Employers may have a higher duty of care for the conduct of international drivers who may have not been through a more stringent Australian licencing system.

Drivers on foreign licences are often only temporary visitors. A source of many problem claims involves where there are sketchy or no details known to the fleet owner & the driver has already left the country – a difficult problem to overcome. Obtaining the travellers’ (and /or their parents/next of kin) overseas contact details may go some way to help in collecting the crucial detail to defend TP allegation of an accident, which would otherwise be a near impossible task.

The willingness of a new employee in obtaining an Australian licence is also some indication that there may be some longevity to both their stay in the country and employment – a crucial factor when considering the cost of induction & training.

A sensible approach to the risk that driving represents to a job description is important – an employee who holds only a foreign licence may be entirely appropriate to occasionally drive a company vehicle as part of their job as a plumber, baker etc, however it’s a different matter entirely if the job entails a lot of driving.

Certainly the job of a full time driver should be held by an Australian licence holder!

Driving in NSW on an overseas licence

You don’t have to get a NSW licence if you comply with these conditions, and can prove your genuine visitor status to NSW Police, if required. 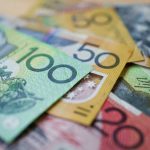 LOYALTY TAX – ARE YOU BEING CHARGED A LOYALTY TAX ON YOUR INSURANCE?Uncategorized 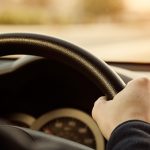