This article was published by Insurance & Risk on the 4th November, 2020

Insurer representatives are not brokers and are not obliged to advise clients on cover that is best for them was the conclusion to an interesting Australian Financial Complaints Authority (AFCA) determination.

The complainant lodged a claim with her insurer after her business which also incorporated a residential dwelling, was tragically destroyed by a bush fire. The insurer assessed and accepted the claim and says it settled the complainant her full entitlements under the policy.

The complainant’s property was significantly under insured, and she says she attempted to increase its value on multiple occasions, however the insurer failed to action the request. The complainant says the property should have been insured under a residential policy as the property was dual use, which also includes the benefit of increasing at each renewal in line with the Consumer Price Index (CPI), along with increased limits for temporary accommodation.

The complainant was seeking higher levels of cover relating to CPI indexing from the policy inception date, the extra additional temporary accommodation limits and the full cover available under the additional benefits section of a residential property policy.

The panel acknowledged the complainant’s position, however maintained that there was an onus on the complainant to ensure the level of cover suited her needs. Given the policy has been in force for a considerable time, the panel thought that the complainant had sufficient time to review her sum insured on multiple occasions and elected not to amend the sum insured.

Further, the panel accepted the insurer’s submission that its representatives are not brokers. As such, they do not give advice about which type of cover is best suited. It is up to the individual to ensure the policy and cover offered suits their needs.

National Insurance Brokers Association (NIBA), CEO Dallas Booth said, “This is a classic example of the value provided by insurance brokers to individuals and small business owners.  By and large, insurers only provide ‘general advice’, which does not take account of the specific needs and circumstances of the policyholder.  It is critical that owners of mixed use premises ensure that the building is insured in a manner that takes account of the specific circumstances of the business, and the wishes of the owner.”

Booth said “This is further evidence of the broker value proposition set out in the recently released Deloitte Access Economics report on the role and economic value of insurance brokers in Australia.”

You can view the entire AFCA determination on the regulator’s website. The Deloitte Access Economics Report on the role and economic value of insurance broking in Australia is available on the NIBA website. 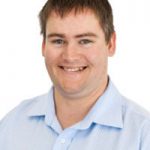